Tina Severance-Fonte win 10,000 Stash points her story-within-a-story about a trip to Vegas, interrupted by an unexpected visitor and derailed into an exploration of the Southwest.

Once upon a time I was in my early 20s—single, crazy, stupid—and had the world by the tail. Now, with three kids, a mortgage, a demanding employer, and a mini-van, I sometimes miss those days of flying by the seat of my pants. 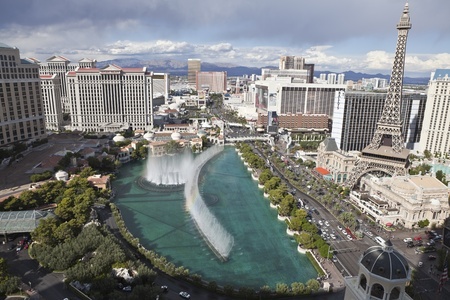 One summer in the early 90s, a good friend pitched the idea of going to Sin City, and of course I said yes. We booked ten days to live like kings. Two days before leaving, my friend informed me he met a girl he couldn’t stand to be away from for the full ten days. After my youthful sense of disappointment passed, I realized I’d had Vegas to myself. Then what?

We checked into our basic accommodations and set out into the heat to see the sights—a show, touring the famous hotels, and pumping change into the iconic “one-arm bandits.” The day before my partner-in-crime flew back to flyover country, I called my parents to tell them that I made it safely to Vegas. Yes, I was a little late making that phone call, but I was also in my 20s, remember?

Naturally, it came out that my travel partner was leaving. My overprotective mother became enraged at the thought of me being alone in Vegas. She insisted on sending my father out on the next available flight. I pleaded with her not to overreact—”Mom, I can take care of myself! You sending dad out here to Vegas is a total mistake and an embarrassment to boot!” My words fell on deaf ears. The next day I went to the airport with my lovestruck friend and left with my stodgy father.

It turns out my father did a good bit of traveling in his military days, his younger years, mostly throughout the western United States. “The first order of business is to leave Vegas,” he said. “You’ve been here five days and now it’s time to see the real west, uncommercialized.”

After stopping off at Fremont Street (Old Vegas), which I didn’t know existed, we hopped onto Route 66 and hit some sleepy towns that my old man used to stop in back in the late 50s and early 60s. I wasn’t even a twinkle in his eye at that time in his life. We went to Oatman, Arizona, fed the burros in the street, learned about the gold rush and its mining roots and Native American history. We visited the Grand Canyon, Laughlin, and Death Valley. I even bought a ring for remembrance to symbolize the time with my father, a man who, at the time, I thought knew nothing of worldly matters. In fact it was the opposite, the man who was sent as my babysitter became one of the best teachers in my life—how to travel and much, much more.